Pohara Beach: A Community Pulls Together

Facing extreme weather events is the last thing any park owner wants, and unfortunately Brent and Del at Pohara TOP 10 have had more than their fair share in the lead up to Christmas - normally their busiest time of the year. 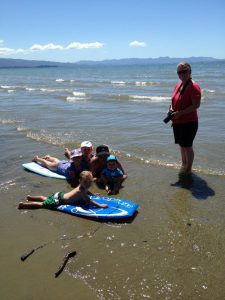 The good news is that over the last few weeks, the sun has been doing what it usually does best in this part of the world, and campers have been appreciating a long awaited break, especially those arriving from Christchurch.

Pohara is also a great example of how events like the recent flooding and heavy rains can really bring a community together, with the efforts of the locals who helped with removing silt and debris, and local Fonterra tanker drivers, who have been trucking fresh water to the park five to six times each day, making it possible for the park to keep running. Pohara's campers themselves have also done a brilliant job, by conserving fresh water to make sure there is enough to go round. Park owner Brent says the saving has been impressive, going from the usual 200 litres per camper, down to just 73 litres per camper per day - which is pretty good in the middle of summer. "These Cantabrians really know how to save water. The Fonterra drivers told us we would be surprised at how little Cantabrians can get by on after their experiences with the quakes, and we have been blown away." The two main water conservation measures have been removing the boat wash, with boat owners allowed to flush their engines only, and reducing shower times from 6 minutes to 4 minutes. "We are saving 15,000 litres a day with the shower measure alone. Parents have been great at supervising their kids more in the showers, and people have been really good at self policing - even letting us know when they spotted water leaks in the park and helping us to fix them," Brent said. 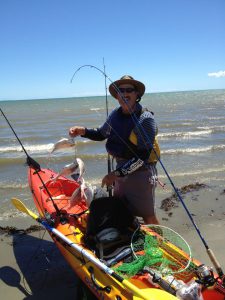 Still, summer goes on, with the very best Golden Bay has to offer being just as good as ever - namely awesome swimming and fishing in one of the most beautiful parts of New Zealand. Canny holidaymakers often choose February when the weather is more settled to take their time off, so Pohara is looking forward to welcoming plenty more visitors over the next month or two, with the best of summer still ahead. Brent says there is plenty of room in the park at the moment and still loads of great fishing to be had! If you are thinking about escaping for the last weeks of the school holidays, or into February and March, you can easily check availability at Pohara Beach TOP 10 .