Kauri Coast has taken out this year’s Supreme Award at our Annual Awards gala evening. The awards celebrate the excellence and achievements of the 45 franchisees throughout New Zealand. The Supreme Award in turn recognises the top overall holiday park in the TOP 10 Group and looks at a range of categories including online sales, digital profile, branding, and service. 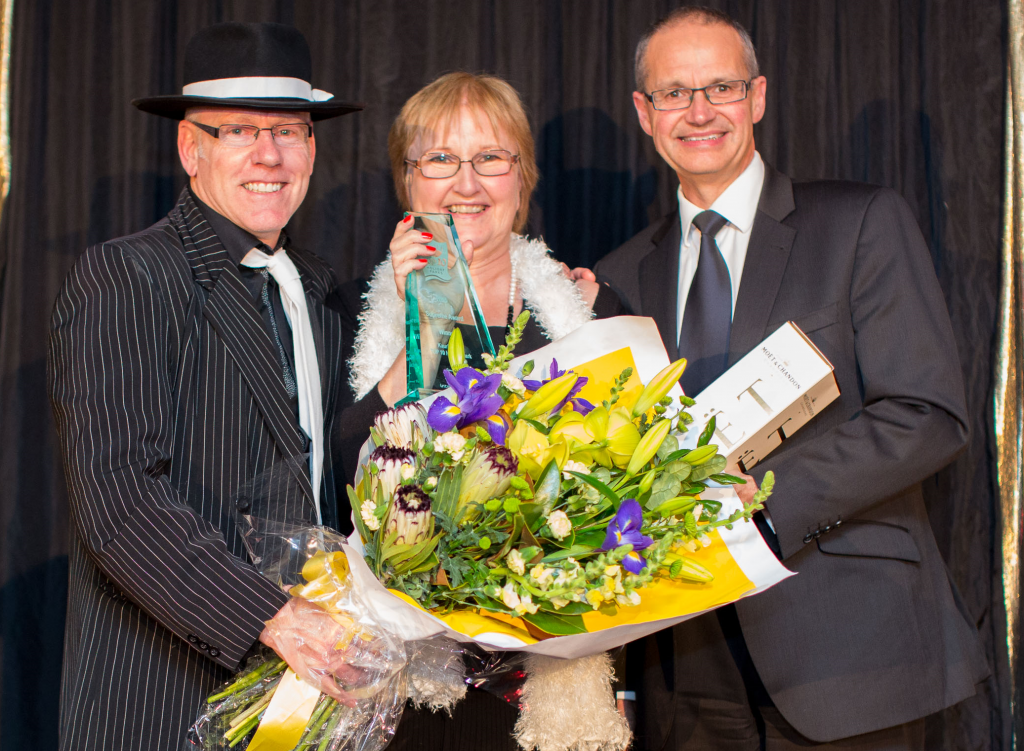 Chris and Jane McComb bought the 2ha park two years ago, quitting their Auckland life for the Kauri Coast. Jane was “absolutely thrilled” to win the coveted Supreme Award. “There are so many awesome operators out there doing a great job. I was astonished but very grateful for the recognition of what we’re doing.” During the busiest month of January, about two thirds of holiday makers are from Auckland and Northland while the rest of the year is a mix of international and New Zealand visitors. The park features 100 powered and unpowered sites, together with 11 cabins/motels catering for about 40 people. Kauri Coast also won the best branded park and was runner-up for the biggest increase in online sales. Supreme Award runner up was Rotorua. Jared Adams has been living at Rotorua TOP 10 Holiday Park since he was seven years old and now, aged 30, he manages the popular park with wife Jasmine. The central city park has 60 powered sites, approximately 40 non-powered sites, and 17 rooms. Rotorua was also voted People’s Choice and won the award for the largest Qualmark increase. David Ovendale, TOP 10 Holiday Park chief executive says the awards aim to recognise and celebrate the hard work and excellence achieved by the holiday parks that consistently excel at what they do. Other holiday parks to receive awards included:

Congratulations to Whangarei, Fox Glacier and Coromandel which also won awards in our other categories.

Are you a TOP 10 Member? Log in here to view your special discount.

Not a TOP 10 Club Member yet?
No stress, sign up here or or close the popup to continue on as a guest.